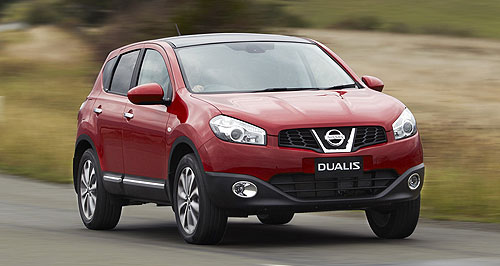 Next Nissan Dualis uncertain for Oz

With a proper-size small car coming from 2012, Nissan ponders next Dualis, X-Trail

GoAuto can help you buy a new Dualis